The Amazons live on the island of Themyscira after Zeus cast Ares, god of war, out from the heavens when he tried to corrupt mankind and proceeded to kill the other gods. Young Diana wants to become a warrior like the other Amazons, but her mother, Queen Hippolyta (Connie Nielsen), doesn’t want that life for her daughter.

As an adult, Diana (Gal Gadot) becomes more powerful. She meets pilot Steve Trevor (Chris Pine) as he crash-lands in Themyscira. He warns the Amazons that a German general, Ludendorff (Danny Huston), and his chemist, Dr. Maru (Elena Anaya), are developing a bioweapon that could kill millions. Believing this to be the work of Ares, Diana joins Steve as they return to London in the middle of World War I.

Ludendorff plans to unleash deadly hydrogen-based gas on innocent people. Diana thinks he is Ares in disguise, so she fights and kills Ludendorff with her sword, the God Killer. However, Ludendorff’s death doesn’t stop the war, as Ares is really disguised as Steve’s superior, Sir Patrick Morgan (David Thewlis). He tries to persuade Diana to join him, but she fights him instead. Meanwhile, Steve hijacks a bomber plane to destroy the gas bombs set to drop on London, but at the cost of his life. Diana is motivated by Steve’s love and sacrifice to harness her powers and destroy Ares.

In the present, Diana continues her fight for justice as Wonder Woman. 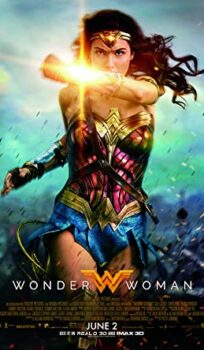