Mystique chooses not to assassinate Trask. The world news programs show her saving President Nixon from Magneto by impersonating him and shooting Magneto with a plastic gun. Since the world sees a mutant saving the President, the Sentinel program is indefinitely shut down.

Later, Mystique is shown impersonating William Stryker as Wolverine’s body is being recovered.

Wolverine’s consciousness wakes up in a new future where most of the X-Men, including Jean and Scott, are still alive. Professor Xavier tells Logan it is time they talked about everything that had happened.

After the credits, Egyptians are shown worshiping En Sabah Nur (the Apocalypse) as he psychicly constructs the pyramids effortlessly, with four horsemen watching. 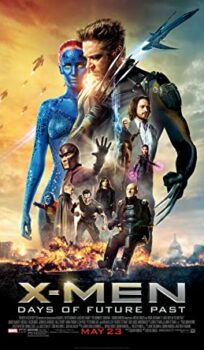