Short Version:
Only  Teddy (Michael Laurino) makes it to the end of the road. All others are killed. At the end there is a movie theater where the ghostly townsfolk watch the souls who have died on the road living in an apocalyptic wasteland. Teddy is stuck there watching the film with them for all eternity.

Extended Version:
During World War II, an entire New Hampshire town walks up Yellow Brick Road and only one person, driven crazy by the journey, returns. In the present day, a research team finds a map leading them to the trailhead. They journey up the trailhead, but are soon tortured by ever-present music and begin going crazy. One of the navigators kills the other and then runs off. The group splits up, with two heading west and the others south away from the end of the trail. Only Teddy, the group leader, sneaks off to continue to the end of the trail. Before he leaves, his wife Melissa (Anessa Ramsey) has a nightmare where, even if they make it off the trail alive, the world will have been destroyed.

Eventually, all members of the group go crazy and end up killing either themselves or each other. Only Teddy remains alive and makes it to the end of the trailhead. When he gets to the end, he finds a movie theater. The man who gave him the map to the trail is there waiting for him and brings him to his seat. He is surrounded by the spectres of the dead townsfolk. As the movie begins he sees his wife’s dead soul trapped in the screen, which depicts a post-apocalyptic wasteland where everything is on fire. Teddy screams as the credits role. 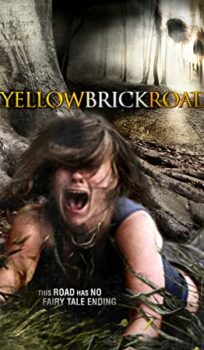