Cathy (Kelly Reilly) IS NOT AN INNOCENT VICTIM.

Her real name is Natalie and she worked as a nurse at a hospital where three patients died under mysterious circumstances. It turns out, Natalie warped by twisted religious ideology, the abandonment of her father, the shunning of her family by the community, and the suicide of her sister has driven her mad. She became an Angel of Death, targeting people that abused the sanctity of marriage, much like her father did. One victim lied about spousal abuse, another had two wives. Her third victim, Alana was the wife of her captor Lewis (Luke Evans). Natalie claims that Alana told her she was cheating on Lewis.

Natalie grievously wounds Lewis and tries to escape, looking for the gun. The two struggle over it, as Lewis’ daughter Summer and his housekeeper come home. Natalie shoots the housekeeper dead and holds Summer hostage. Lewis tries to reason with her, but the guilty Natalie refuses and wants to make Lewis hurt for ruining her “fresh start”. Lewis reveals he has bugged his entire house with sound, which has captured her entire confession. Summer breaks free and Lewis is able to get the gun back, shooting Natalie.

Going to their car in the garage, Lewis is cornered by Natalie with the gun but the chamber is empty since their were only five bullets. They struggle over a pitchfork, until Lewis kicks a broom out of the stuck garage door, bringing it down on Natalie killing her for good. Lewis hugs his daughter as the police arrive. It is unclear that he will be able to talk his way out of what he has done but that is beside the point; the implication being that Lewis was so desperate for answers and justice, he was willing to sacrifice his freedom to get it. 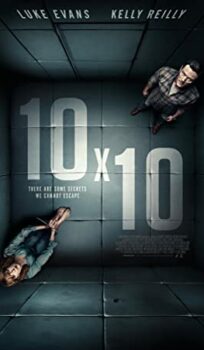