Miles (Aiden Gillen) forces Molly (Ashley Scott) to help carry the stolen money up to the roof of the hospital, where he plans to use the Med-EVAC helicopter to escape. Once on the roof, Molly delays the pre-flight procedure long enough for Danny (John Cena) and Aiken (Steve Harris) to get to the heli-pad. Aiken is wounded by a bullet but Danny jumps into the chopper and fights with Miles. During the struggle, Miles is able to activate the countdown clock on a bomb. Danny knocks out Miles, giving him and Molly time enough to jump out of the helicopter. They land safely in the rooftop swimming pool of a nearby hotel. Miles is killed when the bomb goes off and destroys the chopper.

As Danny and Molly make their way downstairs, Danny starts to tell her about what happened to their house. 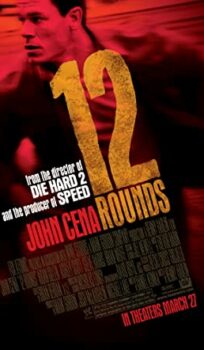