On September 11th, 2012, an American compound in Benghazi, Libya was attacked. U.S. Ambassador Christopher Stevens was killed, along with his security officer Sean Smith and GRS soldiers Tyrone Woods and Glen Doherty.

The rest of the GRS team, along with over twenty CIA personnel, survive until dawn and are escorted to an airfield by friendly Libyans.

The next day, thousands of Libyans gathered in the streets to mourn Ambassador Stevens. Libya was declared a failed state and is currently the headquarters of ISIS.

The chief of the CIA outpost, who initially refused to send the team in to save Stevens, received a distinguished service medal before he retired. The remaining members of GRS also received medals in a private ceremony. All of them resigned from the CIA to focus on their families. Tyrone and Glen received stars in their memory on the wall of CIA Headquarters. 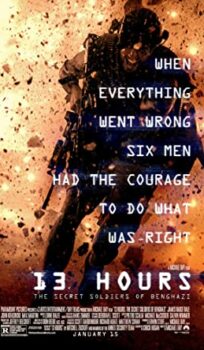