The risky and mysterious money-making opportunity that Sebastien (George Babluani) gets involved in makes him a participant in a round-robin game of Russian Roulette conducted by a room full of bored, rich gamblers trying to overcome their ennui by betting on the life-or-death outcomes. The “game” begins with 13 “players,” each having a single bullet and a revolver pointed at the head of the man in front of him. As the “players” are killed and the circle shrinks, the number of bullets goes up. Eventually, Sebastien and one other “player,”  Jacky, (Aurélien Recoing ) end up with four bullets each, and guns pointed at each other. On the signal, Sebastien fires first, and kills his opponent, winning 850000 Euros as the last survivor.

He hurries to the post office, mails the money back to his impoverished family, and calls his brother to tell him to look for the package in the mail. On his way to the train station, he is stopped by the police who are hot on the trail of the gamblers. He feigns ignorance, claiming that he ran away from the gamblers before being taken to their hideaway, but he provides the police with the license plate number of one of the gamblers.

On the train, Jacky’s brother shoots Sebastien, and steals the satchel he was given with the money, not realizing that it now only contains two bottles of water. In the film’s final shot, Sebastien sits unmoving in his seat, leading the viewer to conclude (or not) that he has been killed. 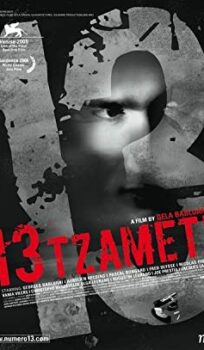