Emil (Karel Roden) and Oleg (Oleg Taktarov) kill Eddie (Robert De Niro) and tape the whole thing. They pawn the tape off to Hawkins (Kelsey Grammer) for $1 Million. As the footage is being aired, the two argue over whose work it really is. Oleg stabs Emil and runs off just before the police show up and arrest Emil. Emil uses the insanity plea, claiming that Oleg influenced him to do it. As Emil is being transferred to Ryker’s Island Mental Institution, Oleg shows up and shows Hawkins new footage of Emil explaining his plan to use the insanity plea. Emil sees Oleg and breaks free from the police. He shoots Oleg and is shot by Jordy (Ed Burns) before he can get away. The film ends with Jordy as the new officer in the spotlight. 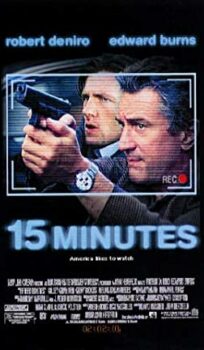