Schofield (George McKay), who had to continue the mission on his own after his friend Blake (Dean-Charles Chapman) was stabbed and killed by that German pilot back at the farmhouse, arrives at the destroyed French village of Écouse-Saint-Mein and is knocked unconscious from a ricocheting bullet when he has to kill a German sniper who was firing at him since he was trying to make his way into the ruins. Hours later, already at nighttime, he wakes up, treks around and comes across a French woman, Lauri (Claire Duburcq), who has an orphan baby girl with her. She treats his wounds and, in turn, he comforts them both, gives them food and milk he carried along with himself and even sings the baby a lullaby to calm her. Eventually, he leaves and, amidst the burning rubble, he is given chase by two German soldiers, managing to strangle one of them to death while fending off the drunken other one. He escapes by jumping into a river.

The next morning, after coming off the river, amidst more debris, ruin and rotting dead bodies, Schofield reaches a massive group of soldiers surrounding a man who chants for them. He is informed they are the 2nd. Devons, the group he was commissioned to find, and desperately goes through them, seeing the attack is about to begin and there are too many on his way to reach Colonel Mackenzie (Benedict Cumberbatch), their Commander. As they are all bombarded by the Germans, Schofield runs on open field and gets a hold of Mackenzie. He manages, after pleading for his attention, to deliver the letter and the British counterattack is called off, thus saving the lives of hundreds of men.

Having successfully accomplished his mission, Schofield is then directed to where the first wave of British fighting back the Germans were, to find Joseph (Richard Madden), Blake’s older Lieutenant brother. Upon being informed by Schofield of his brother’s demise, Joseph is visibly shaken and saddened, but, with no time to mourn him, he thanks Schofield for the endeavour undertaken by both and manifests being happy that his brother died saving a fellow soldier and friend’s life. He also agrees to Schofield writing to their mother and walks off.

The movie ends with Schofield sitting under a tree, finally being able to rest, and looking at pictures of his daughters and wife (the latter, with a note saying “come back to us”). 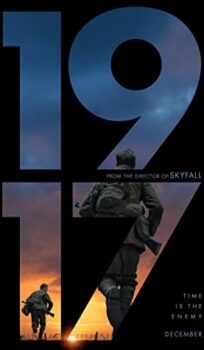