Travis Conrad (Ethan Hawke) a private contractor for the PMC Red Mountain is shot and killed by Lin (Qing Xu), an Interpol agent protecting a witness, Keith Zera (Tyrone Keogh), who has damaging information against Red Mountain. He is brought back with an experimental procedure, and gives the address of where Zera is to his boss Wetzler (Liam Cunningham). However, he is told by his old buddy Jim Morrow (Paul Anderson) that he was brought back only for that information and they plan to kill him again. Escaping, Travis learns from Helen (Nathalie Boltt) that the drugs he has been given will only last 24 hours.

To redeem himself, Conrad tries to save Lin and Zera, but Zera dies. Zera gave testimony that Red Mountain killed numerous people for medical experiments (that same procedure that brought Travis back). Conrad protects Lin and her son, then heads to Red Mountain headquarters. There Conrad learns Wetzler had his wife and son murdered to keep him with the company, as he was gonna leave for his family. Jim, realizing the man he has become, orders a team that was tasked to kill Lin and her son to stand down. Jim kills Wetzler, and is killed by Red Mountain security in turn.

Conrad apparently dies, and meets his son in the afterlife. However, he begins to hear the voice of Helen, the doctor he spared. It cuts to him on an operating table, gasping for breath. Helen apparently brought him back again, though this time, without a time limit. 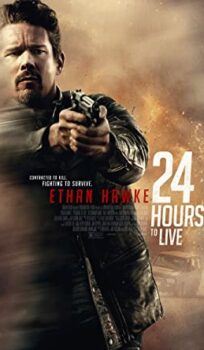