Car salesman and implied gangster Colin Diamond (Ray Winstone) comes home to find out that his wife Liz (Joanne Whalley) has been cheating on him. Colin beats her up until she reveals her lover’s name. She runs out to the night, beaten and bloody and is eventually found by a passing motorist.

Meanwhile, Colin’s friends Peanut (John Hurt), Meredith (Ian McShane), Archie (Tom Wilikinson), and Mal (Stephen Dillane) kidnap Liz’s lover and stuff in him into a 44 inch chest drawer (hence the title). They bring Colin to a safe house they have stashed him, so Colin can kill him and get his revenge. After his friends goad him for awhile, Colin asks to be alone with the man.

Colin at this point is hallucinating his friends still being in the room, along with Liz. He shouts and screams at the man for destroying his family, while at the same time realizing he “loved her too much” and pushed her away. He also realizes without saying it that the kid was young and had no idea what he was getting into.

After a bit, Colin’s friends come back in. Colin tells them he decided to let the man go unharmed, much to Peanut’s dismay. Meredith asks about Liz and Colin says he will let her go as well (meaning he won’t harm her anymore than he has). The group head off to different destinations and Colin stands in the room alone for some time. He then walks out, his future unsure. 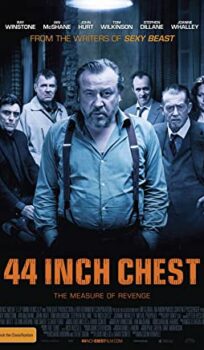