After Little Alex (Malcolm McDowell) receives the Ludovico treatment, his aversion to violence is so great that he can’t even function in regular society. He’s able to live with the fact that whenever he thinks of indulging in antisocial behaviour, he gets sick to his stomach, but he has a bigger problem in that the conditioning causes him to have the same reaction to the music of his beloved Ludwig van Beethoven. This finally drives him to attempt suicide, and when he wakes up in the hospital he finds that the government is terribly embarrassed by all the negative press that his case has caused them. Unbeknownst to the government representatives, however, the suicide attempt has “cured” him of the cure, and he goes back to being his old ultra-violent self.

Mortis5555 sent this one in, but this submitter and everyone else, including Stanley Kubrick, are dodging the real ending of A Clockwork Orange! You see, there’s a final Chapter in Anthony Burgess’ novel that was ignored by the filmmaker, and generations of fans. In it, Little Alex daydreams about having a home and hearth, with a loving wife and child. He realizes that his taste for ultra-violence is just part of a “normal” rebellious youth phase, and that as he matures, he’ll quite naturally grow out of it. 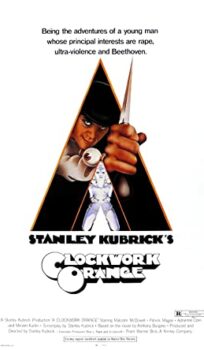