A History of Violence

Tom (Viggo Mortensen) is really Joey Cusack, a mob hitman from Philadelphia. He and his son kill Fogerty (Ed Harris) and several mob hitmen. Tom then gets a call from his brother Richie (William Hurt), who wants a face to face talk. Tom obliges, but the talk turns out to be a set-up and Tom kills more hitmen before having to shoot and kill Richie. Tom goes back home to his family, who do not say a word to him but we get a feeling of closure that Tom did all of this for his family’s safety. 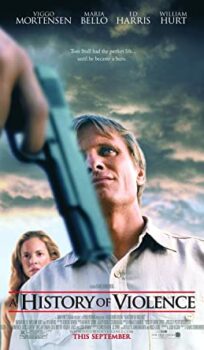