Robert (Ewan McGregor) is a janitor at the Naville Corporation who is fired and replaced with a robot.  He is also evicted from his apartment and his girlfriend breaks up with him.  Enraged, he goes the see Mr. Naville and demand his job back but through a comedy of errors, he winds up shooting Naville in the leg and kidnapping his daughter Celine (Cameron Diaz).  Robert isn’t a great kidnapper and Celine wants the ransom money that she is convinced her father will pay so the two of them team up.

However, the two angels sent to make sure they fall in love, O’Reilly (Holly Hunter) and Jackson (Delroy Lindo) complicate everything.  During a botched bank robbery, Robert is shot and Celine saves his life but they two argue and part ways.  The angels try to reunite them but wind up kidnapping Celine.  Robert comes to her rescue and professes his love for her but Celine’s father shows up, kills the angels and demands the ransom money back.  When it is obvious that Robert can’t locate the money, Naville decides to have it valet, Mayhew, kill him.  Celine storms in just before Robert is executed, and per a dream she had about him, shoots Robert in the heart.  But the bullet goes strait through his body and hits Mayhew.  Robert lives and Celine and he get married, recover the ransom money, move to Scotland and buy a castle. 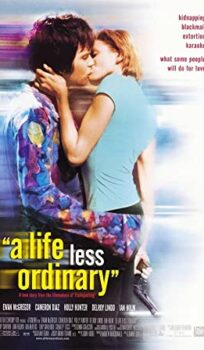