After not being allowed into Zadir’s (Chazz Palminteri) office to see him about their idea for a new nightclub and having a falling out with their gold-digging girlfriends, Doug (Chris Kattan) & Steve Butabi (Will Ferrell) have a falling out themselves. Steve starts dating Emily (Molly Shannon), who proves to be a controlling woman, and Doug continues his club-hopping solo to find women, even though he is even more unsuccessful than when he was teaming with Steve. Eventually, Steve and Emily get engaged, which Doug learns from his & Steve’s friend Craig (Lochlyn Munro) and is shocked. Steve would come by the guest house later, and told Doug over the phone he wanted him to be his best man at the wedding. Doug no-shows, so Craig takes his place.

Just before Steve can get married to Emily, Doug appears and starts playing the “What Is Love” song they love and bobs his head, causing Steve to join in, and Steve soon tells Emily he wasn’t ready and leaves her at the altar. Doug & Steve reconcile, Emily ends up marrying Craig after he professes his love to her, and the brothers’ father Kamehl (Dan Hedaya) learns to accept Doug’s way of life after chatting with Richard Grieco (himself), realizing that Doug was how he was when he was his age.

While conducting some business and checking out their club, the credit vixen (Meredith Scott Lynn) Doug always talked to whenever he scanned a credit card recognizes his voice, and after they chat a bit she tells him she approves of what she sees. He asks if she brought a friend, and she did the hottie cop (Jennifer Coolidge) that Steve hit on earlier in the film. The film closes with the brothers and their new girlfriends dancing on the dance floor. 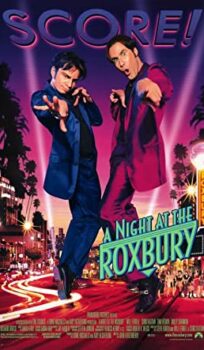