Walter (Sidney Poitier) takes almost all of the insurance money his family had received, and tries to use it to obtain a liquor license and open a bar with two of his friends. One of those friends, Willie Harris, betrays Walter and absconds with the money, leaving the Younger family nearly penniless.

The Younger family had been planning to move to a new house in a white neighborhood. White families in their new neighborhood had sent a representative named Lindner (John Fiedler) to bribe the Youngers to stay away. Now that his family is destitute, Walter calls up Lindner, and asks him to come to the Younger’s apartment. Walter plans to get as much money as possible from Lindner.

Walter’s mother begs him not to do this, saying no amount of money is worth such a blow to the family’s dignity. Finally, when Lindner arrives, Walter tells him that no bribe is necessary. The Youngers are moving to their new home, and he pledges they’ll be good neighbors.

The movie ends on an uncertain but hopeful note. The Youngers move out of their old apartment, and Walter’s Mama takes along her little potted plant, one that had never thrived in the ghetto. Perhaps it and her family will do better in a new home. 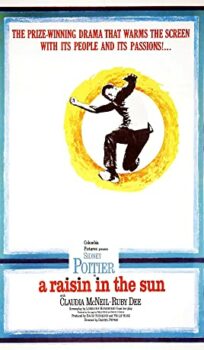