Paul Sutton (Keanu Reeves) returns home from WWII to his wife Betty (Debra Messing), whom he barely knew before being shipped shipped overseas. She is very materialistic and ready to take advantage of a post-war economy, so she sends Paul back to his old job selling chocolate. She never read any of his daily leters to her describing the kind of life he wants: quiet, peaceful and filled with children. (Paul had grown up in an orphanage, and he has flashbacks to a burning orphanage during the war.)

On a bus to his old job, Paul meets Victoria, an unmarried, pregnant university student who has been dumped by her professor and is returning to her family’s home, a vineyard in Napa. Victoria’s large, close, Old World family will be devastated by her predicament, so Paul offers to pretend to be her husband for one day, then leave so Victoria can at least avoid part of her father’s wrath.

Papa Alberto (Giancarlo Giannini) is furious that his daughter has shown up married to a stranger, a gringo with no family and not much of a job. He insults Paul mercilessly. Paul hits it off with grandfather Pedro (Anthony Quinn) who persuades Paul to stay a couple of extra days for the grape harvest and the community festival.

In those few days, Paul and Victoria fall for each other but both restrain out of respect for his marriage; Papa eventually realizes they love each other and announces to the entire festival gathering that they will remarry in the church that evening. This forces Victoria to tell the truth, and her father is devastated.

Paul returns home to find Betty with a lover. She has now read every one of Paul’s letters and realizes they have nothing in common. She gives him papers for an annulment and he is relieved.

Paul returns to Napa, tells Alberto how much he loves Victoria and asks for her hand. Inebriated Alberto swings a lantern at Paul that breaks, igniting and destroying the vineyard. Grandpa Pedro had shown Paul the original root plant that had come from Spain, so Paul runs to pull it out of the ground and brings it to Alberto, who sees that, although scorched, it still has life. Alberto gratefully gives a shoot from the original to Paul for him to plant, since he is now bound to land and to the family. Paul and Victoria embrace joyfully now that Papa has accepted him. 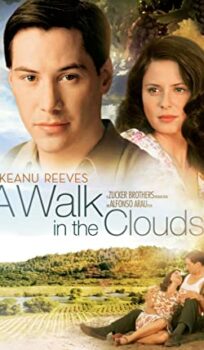