The intense addiction Zoe (Sharon Leal) develops to the adulterous sex she finds herself having both with Quinton (William Levy) and Corey (Tyson Beckford) takes a disgraceful toll on her work and personal life; she finds herself missing out on crucial company commitments, skipping her children’s activities, being away every possible moment she can and lying to everyone -mostly, using her children as the excuse-, so that she can hook up. At the same time, as it is shown recurrently throughout the film, she has been secretly visiting a therapist, Dr. Spencer (Tasha Smith), who keeps trying to compel her to talk about her past as a way to heal herself; however, Zoe always sternly rebuffs these attempts.

Matters come to head when, one day, she sees Corey -whom she tries to ignore, in a futile attempt to stop her risky behaviour- delivering a package at her house; upon realizing it is a pair of underwear, she decides to put an end to it all and summons both of her lovers at Quinton’s place, to come clean. Corey angrily dismisses her; but Quinton, who has become obsessed with her, knocks Corey unconscious and refuses to let go of her. He tries to chase her while maniacally destroying many of his women-based artworks; and, when it seems he’ll attack her, Zoe’s husband, Jason (Boris Kodjoe) appears and overpowers Quinton, using the same piece of artwork Quinton had given him after their encounter IN WHICH HE NARROWLY MISSED ZOE HAVING A FLING WITH QUINTON. Despite their wounds, both Quinton and Corey survive.

Jason shows Zoe he found the secondary phone as proof of her unfaithfulness and bitterly confronts her; she tries to apologize, but he disowns her. Desperate, she lets herself be run over by a passing vehicle. As a result of her actions, her company collapses, Jason breaks up with her and moves to a hotel and she finds herself depressed and recluse. Eventually, after a visit from her best friend and assistant Brina (Emayatzi Corinealdi), Zoe decides to get her life back on track and joins a therapy support group led by Dr. Spencer.

It is here where we find out that she, as a child, was gang-raped by three boys while her right wrist was impaled on barb wire -this explained the scar she always tried to hide-, which explained her awaken twisted sexual desire. At the same time, she opens up about how much her family means to her. Then, in comes Jason, forgiving her and they reconcile. 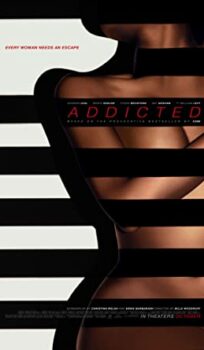