The Sutter family are settler on the prairie.  Daughter Charlotte is abducted by a hostile tribe.  Attempts to rescue her fail, and the adults give up.  Her brother, Sam, decides to continue the search on his own.  He teams up with a drunken  old trapper nicknamed Russian (Richard Boone).

After lengthy travels, they find the tribe that abducted her.  Sam is forced to go through an ordeal, running across the valley and climbing a cliff.  If he fails to complete it in time, his sister will be killed.  He fails the ordeal, and returns home to tell his parents that Charlotte is dead.

Months later, Charlotte shows up at their house.  She has her baby, from the tribe’s chief.  The tribe did not really kill her. 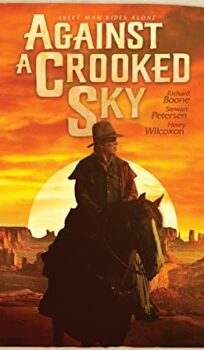