Jack’s (Chris Conrad) friends have a change of heart about Mitchell (Shane McDermott) during a street hockey game between them and the preps when Mitchell scores a goal single-handedly and then embarrasses the preps’ leader Blane (Owen Stadele) by pulling his pants down in front of everyone. However, Jack’s view of Mitchell remains unchanged.

Later on, Jack’s friends visit Mitchell at his aunt and uncle’s house, where they praise him for what he did to Blane, and then they tell him that they and Jack have been challenged by the preps to a rollerblading race down Devil’s Backbone, the most dangerous set of hills in the city. They were here because they wanted Mitchell to come and skate on their team, since they felt that his rollerblading expertise might give them a better chance at winning. He agrees to help them out. At the race’s starting point, Wiley (Seth Green) shows up to assist Mitchell, and the starter informs the teams that whichever team gets three men across the finish line (located on a street bordering the Ohio River) will win the race.

After a long race that sees the majority of members on both teams getting taken out of commission, Snake (Jacob Vargas) makes it to the finish line first for Jack’s team, but two preps quickly follow suit. Mitchell manages to catch up with Jack and Blane, the only other remaining racers, as they are on the very last leg of the race. Seeing that the finish line is in sight, Blane knocks Jack down, and then he tries to barrel into Mitchell. However, Mitchell avoids his attack, and Blane goes over a railing into the Ohio River. Mitchell helps Jack to his feet, and they cross the finish line and pick up the victory.

Mitchell – having finally earned the respect of Jack and his friends – is raised up on the shoulders of the cheering crowd, along with Jack and Snake, and he kisses Nikki (Brittney Powell) to close out the movie. 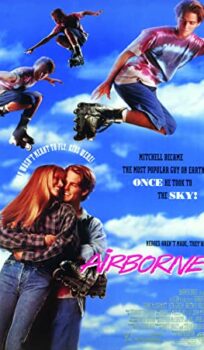