As a result of ESP experiments, children with awesome mental powers are created. One of whom, Akira, trashes Tokyo because he can’t control his power.

31 years later, a young motorcycle gang member named Tetsuo is experimented on. He turns out to be as powerful and dangerous as Akira.

Tokyo gets trashed again and all the test subjects go into another dimension. Kaneda (the leader of Tetsuo’s gang) and Kei (his revolutionary girl friend) survive. 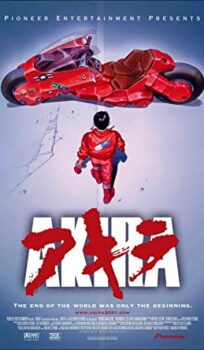