Alice (Kristyna Kohoutová) makes her way up the strange house’s attack, and after passing through multiple bedsheets suspended on clotheslines, she encounters a colorful garden made out of paper cutouts, a pair of Jacks, also made out of paper, emerge from oversized playing cards, engaged in a fencing match. The wicked Queen and King of Hearts come along and the Queen immediately orders their beheading. The taxidermied, reanimated White Rabbit that Alice had been chasing from the beginning performs the task with a pair of scissors, and despite this, the Jacks do not perish, but their decapitated bodies continue to duel while sliding along the floor.

The Queen takes notice of the wooden puppet Mad Hatter and stuffed animal March Hare engaged in a card game. She immediately sentences them to the same fate. However, the two undauntedly pick up their heads, put them on each others’ body and resume their game.

The Queen then approaches Alice and invites her to play a game of croquette with her. With paper cutout flamingoes as mallets, pincushions as the balls, and empty plaing card members of the Court as wickets. Soon, the game ends in chaos, with the flamingoes becoming live chickens, and the pincushions becoming hedgehogs! The Queen announces that the game is over.

The White Rabbit then hands Alice a Royal Trial Transcript, and is taken into a courtroom, where the Queen and King announce she is being tried for stealing the Queen’s tarts, which are shown obviously untouched upon the Judge’s bench, and also happen to be the magical cookies she had eaten earlier. Although Alice attempts to defend her actions, the Queen immediately sentence her to be beheaded. However, the King coerces his wife that the Trial must be dealt with with the proper procedure. Then states that Alice HAS admitted her guilt. Upset, Alice begins immediately grabs the cookies off the plate and begins eating them, and the Queen and King, along with the jury of other strange creatures Alice had encountered, call for her to be beheaded! Alice asks WHICH head they mean as the head atop her shoulders rapidly changes from one character in the story to another.

Suddenly, Alice wakes up in the room she had been in at the beginning. As she notes all of the familiar household objects around her, she realizes that the whole event had been a dream. Until, that is, she discovers the glass case that the taxidermied White Rabbit had been in, is STILL broken from his escape. After taking a pair of scissors from a hidden drawer compartment in the case, Alice remarks to herself that the Rabbit is still late in returning, and pledges to behead him when he arrives. 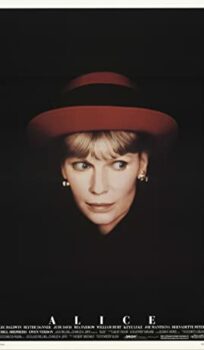