Theatre critic Addison deWitt (George Sanders) mentors Eve’s talent but reveals to her he knows what a snake she really is.

At the end, Eve meets an adoring young fan who will be her assistant, and it is implied that Eve the betrayer will eventually be betrayed herself. 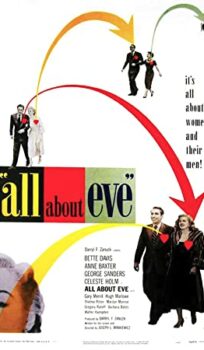