Sister Rosa (Penélope Cruz) dies giving birth to her son, which she decides to name Esteban, after “Lola” (Toni Cantó), the baby’s father; but not before giving him to Manuela (Cecilia Roth).  At the funeral, Manuela finds Lola, who is dying of AIDS, and reveals to him/her that they had had a son as well, but the boy had died six months earlier.

Later, Rosa (María Rosa Sardá) finds out about Lola and gets scared of the baby, thus forcing Manuela to leave Barcelona again with him, leaving everyone behind.  However, two years later, she decides to return and meets again with Agrado (Antonia San Juan) and Huma (Marisa Paredes), who are now living together.

Nina (Candela Peña) has abandoned Huma, and Manuela no longer mourns for her firstborn child. 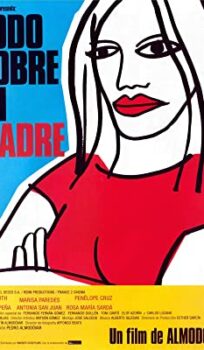