A fictionalized account of the rise and fall of a backwoods rebel, inspired by Louisiana politician Huey Long.

Willie Stark (Broderick Crawford) is an honest man who loses a bid for county treasurer.

When graft related shoddy construction at a public school causes a fire escape to collapse and several children die, the people rally behind him.

Willie then runs for governor but realizes too late that the political machine is using him to split the vote and help their candidate win.

Willie wises up and begins to develop a dramatic populist style and wins the next election.

Sadly though, Willie becomes as corrupt as the people he replaced. There is an effort to impeach him, but the decisive votes controlled by Judge Stanton are negated when Willie blackmails him. Judge Stanton subsequently commits suicide.

Willie is then shot to death by the Judges nephew. 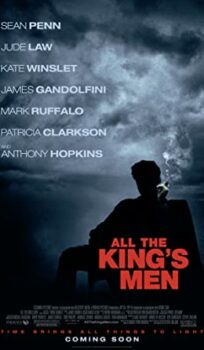