Ted (Lorenzo Jame Hernie) learns that his brother Truck (Alex Frost) has lied about not participating in the sex game his friends “The Kings” have started. Ted confronts his brother about cheating on his pregnant fiancee Lizzie (Portia Doubleday). Truck relates to Ted about his pressure about being a father and husband soon and how he needed a release before responsibility kicked in. He swears to Ted he has stopped playing.

At a party one night, Lizzie comes looking for Truck in pain, saying something is wrong with the baby. Ted goes to find him, only to find Truck having sex with another girl; he had lied. Ted takes Lizzie to the hospital, and the next morning it is clear she lost the baby. Lizzie tries to rationalize Truck’s behavior saying it was “just one girl” but Ted shows her the yearbook, proving Truck had been cheating on her multiple times. Lizzie tells Truck they are over.

In revenge, Truck convinces Kallea (Haley Ramm), a classmate of Ted’s who was sweet on him to come party with Truck and his friends. Truck calls his brother to come meet him. When Ted arrives, he learns they know he lied about sleeping with Emily (as Hass found out she was a virgin before they had sex) and want him to sleep with Kallea, who has been plied with alcohol. Ted refuses, and Truck says if he doesn’t, he and all his friends will rape her instead.  When Truck tells Ted he ruined his life for letting Lizzie find out about his cheating,Ted angrily shouts at his brother for never taking responsibility for his own actions.

In a rage, Truck beats up his brother. Truck’s friends try to stop him to no avail and Truck finally breaks down sobbing, saying how much he hates Ted. Kallea, coming to her senses, pulls Ted up off the ground and they leave, while Truck’s friends watch Truck sob uncontrollably.

Ted drives Kallea home. As she silently grasps how close she came to being raped, she asks Ted if he is okay. Ted says nothing and then looks at her stoically. The film ends with the status of the many of the characters unknown; while Kallea and Ted may still have a future despite their recent traumas, it appears Ted and Truck’s brotherly bond is forever shattered. 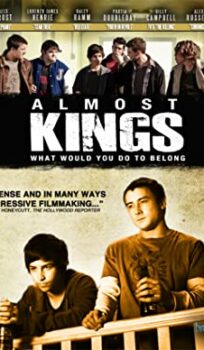