Lieutenant Kurt Gerstein (Ulrich Tukur), based upon an actual historical figure, is a member of the SS who gets an eyewitness look at the test runs of Zyklon B gas – which he developed – at the Treblinka and Belzec camps. Horrified, he first informs the secretary to the Swedish embassy of what he’s seen. The secretary listens but has little influence over events.

A far more powerful ally arrives in the form of Riccardo Fontana (Mathieu Kassovitz), a Jesuit priest and cousin of Pope Pius XII (Marcel Iures). He is moved by Gerstein’s attempt to warn the Holy Father and Holy See, even on behalf of Jews who are being deported and persecuted. Riccardo and his own father, the senior Count Fontana, make every effort to notify the Pope and to encourage him to strongly condemn Nazi atrocities.

However, Pius and his closest cardinals worry that this would be dangerous for the Vatican and the Church itself. Not only that, but as one cardinal says, “To condemn Hitler is to condemn Stalin and antagonize our American allies.” The gears of diplomacy are constantly being greased while the trains for the concentration camps rumble ever onward.

Gerstein maintains a delicate balance between his role for the SS and relationship with the Doctor (Ulrich Muhe) and his secret plans to stop Zyklon B from being shipped to the death camps. It all falls apart when Riccardo makes a final effort to beg the Pope to intervene on behalf of the oppressed: even Jewish converts to Catholicism in Rome. Even the arrests of these faithful do not force Pius to take decisive action.

Disgusted by this, Riccardo dons a yellow star (a blasphemous act) and boards a train with the other deportees. Gerstein goes on a rescue mission. The Doctor puts Riccardo to work in the crematoriums, and there the young priest loses the vast majority of his once-unshakable faith. Riccardo dies a prisoner, sacrificing himself rather than go home to Rome and bow to the complacency of his superiors in the Catholic Church.

Gerstein writes a report of all he’s seen and known, surrendering himself to French authorities and allowing himself to be taken prisoner. He dies of an apparent suicide after reading an aside in his charges that condemns him for taking part in Nazi atrocities while claiming to be a good Christian.

The Doctor, protected by Pope Pius and the Church, takes refuge in the Vatican and is soon bound for Argentina at the end of the film. 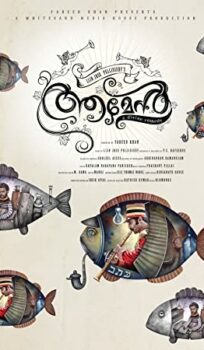