Barry Seal (Tom Cruise) leaves his job as a professional pilot to work for the CIA to transport guns and drugs between the Medellin Cartel and the Contras. He enjoys a lavish lifestyle with his earnings, but he runs into trouble with the law, and later on, the cartel.

After working with the White House to prove that the Medellin Cartel has ties to the Sandinistas in drug trafficking, Barry is caught in pictures that he took to use against them. He is sentenced to community service but is later murdered by hitmen sent by Pablo Escobar. 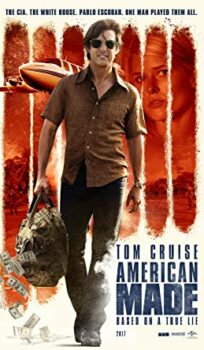