The Woman (Kate Bosworth) and Man (Wes Bentley) were a married couple struggling to have a baby. They decided to kidnap a girl Audrey (Olivia Rose Keegan) and ransom her back to her wealthy father. However, the Man had second thoughts about the plan and got them into a car accident soon after.

His memory lost, his wife, The Woman tries to help him recover, only to reveal herself as mentally unstable, obsessed with being a mother. In his attempts to escape or help Audrey, The Woman kills a mailman and a police officer. Eventually, The Woman tries to drown Audrey but The Man knocks her unconscious and himself in the process. Audrey escapes.

When the Man wakes up in a hospital, he is confronted with the truth by a detective who tells him his wife is missing and thus he will be on the hook for all the murders and the kidnapping. Soon time later, The Woman, disguised as a nurse comes into his room and reminds him that her job was “to put things to sleep, and they don’t wake up.” The Woman doses the Man for his betrayals of her (and trying to help Audrey escape) and he dies. She leaves the hospital to disappear. 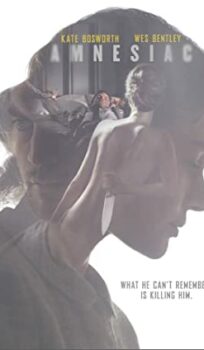