After the incident in which Gertrude (Catherine Keener) brands Sylvia (Ellen Page) “I AM A PROSTITUTE AND PROUD OF IT” with a red-hot needle, Paula (Ari Graynor), ashamed of all what’s happened, comes and helps a weakened and ailing Sylvia escape the house.  She reaches to Ricky’s (Evan Peters’s) place, who apologizes for participating in the branding and helps her to take off in his car, to go get Sylvia’s parents.  Gertrude finds out and tries to stop her twice, but she manages to run off.

Sylvia makes it to the fair where her parents (Nick Searcy and Romy Rosemont) are working and tells and shows them everything, much to their shock and appalling.  They all drive back to Gertrude’s place with the intention of confronting her and see about Jenny’s (Hayley McFarland’s) safety, but she dissuades them otherwise, “because she has to do this herself”.  She enters the house and sees her lifeless body on the floor, while everyone is frantic about Sylvia not breathing and Gertrude just insisting it is a fake.  The whole sequence involving Sylvia’s escape and reaching her parents was just the last thing she dreamt of before succumbing to her torture and abuse.

Eventually, Ricky stands up and calls the Police.  When they arrive, Jenny just says: “Get me outta here and I’ll tell you everything!”.

The movie lingers towards the end with the remainder of testimonies from some of the Baniszewski children, Jenny and then Gertrude herself, who denies anything of what happened.  The resolution was that Gertrude was found guilty of first-degree murder and sentenced to life in prison -only to be released 20 years later under parole and die 5 years after that, of lung cancer-.  Also, Paula served two years in prison and had a child, whom she named Gertrude; young Johnny (Tristan Jarred) became notorious for being the youngest inmate ever in the Indiana State Reformatory, but later went on to become a priest; Ricky did some time in the Reformatory for third-degree manslaughter, and died at the age of 21, of lung cancer; Coy also served some Juvie time and went on to become a delinquent; Mr. and Mrs. Likens kept on travelling and left Jenny with the DA and his family, who helped her.  All this is said in voiceover by Sylvia, who adds “she doesn’t know what happened to the others”.

The last two scenes of the movie show Gertrude in prison, with the ghost of Sylvia haunting her, while she unsuccessfully tries to apologize; and Sylvia back in the carnival, “the only place where she ever felt safe”. 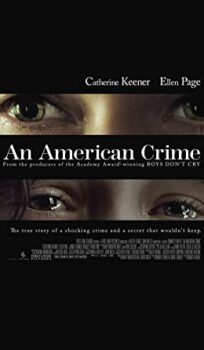