The paid Assassin (Nikolaj Lie Kaas) gets away from Langdon and Vittoria Vetra (Ayelet Zurer) but when he starts his getaway car, it blows up.

During the recovery, Vetra and Langdon are resting in the office of the leader ofthe Swiss Guard, Commander Richter (Stellan Skarsgård). Langdon remembers the key that Richter placed in his hand upon death. It turns on a video camera system. The system records and Langdon rewinds to what happened between Richter and McKenna before Richter’s death.

Richter confronts McKenna after reading the dead CERN priest/physicist journals. The dead Pope had a meeting with the CERN priest while McKenna was in the room. The Pope was progressive and wanted the CERN priest to continue his work, McKenna did not. McKenna brands himself with the last Illuminati symbol revealing that he was behind everything. McKenna tricks the Swiss Guard into shooting Richter and then Father Simeon (Cosimo Fusco) who were the only ones who read the journals.

Someone informs the Cardinals who are still in conclave of McKenna’s misdeeds. When confronted McKenna tries to get away in a dignified manner. When he realizes that there is no escape, he lights himself on fire.

In the end, the new Camerlengo Cardinal Strauss (Armin Mueller-Stahl) gives Langdon the copy of Galileo’s booklet so that he can finish his second book. 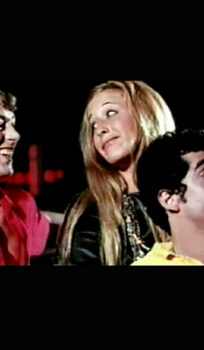