After Joshua (James Frecheville) is almost killed by both the drug squad and by Pope (Ben Mendelsohn), Josh goes to see Janine (Jacki Weaver) about making sure his testimony will see both Pope and Darren (Luke Ford) acquitted on the murder charge of Josh’s girlfriend.

The duo are acquitted and Joshua returns to Janine’s house.

While taking a nap, Pope goes to talk with Joshua where Joshua shoots and kills him. 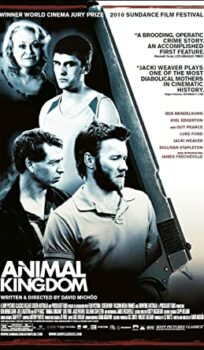