Both “mobster girlfriend” Chiara (Sophie Marceau) and “harmless guy” Francois Taillandier (Yvan Attal) are not what they seem. Chiara is a longtime customs officer working undercover. Francois Taillandier, who was chosen by Chiara as a bait, is really the money laundering expert Anthony Zimmer with a new face thanks to cosmetic surgery, because both the police and the russian mob are after him.

Just before the russian mobsters are about to shoot Francois, Chiara gives a signal to the police (who are waiting for “Anthony Zimmer” to come) to shoot, and all the russians are killed. Francois reveals his true identity to Chiara, who plays along, because she is in love with “Francois”.

He leaves a notebook behind with all the details of his money laundering operations, and drives away with Chiara. 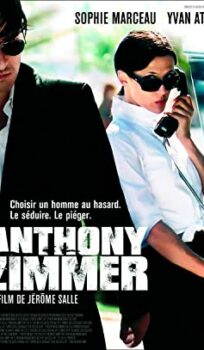