A rural cop Michael Martens (Wotan Wilke Möhring) interrogates an admitted serial killer Gabriel Engel (André Hennicke) about the murder of a young girl in his town. Engel, who has only killed boys, says he knows who actually killed the child, Lucia. He begins to toy with the cop and make him confront his dark side. Engel eventually ingests posion and has his diary smuggled out, but not before telling Martens his own son Christian is the killer of Lucia. Sent over the edge, Martens heads home to kill his son, pretending to take him hunting for his birthday. Engel, meanwhile succumbs to the posion and dies.

However, Seiler (Heinz Hoenig) a cop Martens was working with, figures out a technician smuggled in Engel’s posion and smuggled the diary out to a publishing house for money. Seiler reads it and finds out that Engel DID kill Lucia and wiped Christian’s DNA on her panties. By making Martens think his own son is a killer (and placing the crime of Lucia’s murder on Christian), Engel had found a way to kill from beyond the grave. Seiler races to warn Martens.

Martens gets ready to kill his son, and possibly himself, feeling he has failed his family. However, a group of deer suddenly surrond them both, stopping him. A helicopter with Seiler and Marten’s wife arrive with the truth and avert him from hurting himself or Christian. Martens tearfully hugs his wife and son, horrified that he came so close to doing the unthinkable. 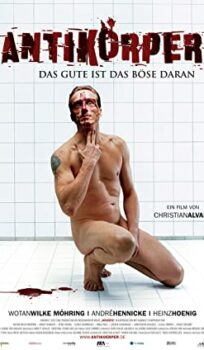