Short pooper:
The Wendigo spirit inevitably passes to another host when the current one is killed. It invades little Aiden (Sawyer Jones), and Julia (Keri Russell) mercy-kills the kid, to liberate him. Unfortunately, in the end, it looks like Julia’s brother, sheriff Paul (Jesse Plemmons) will be the next Wendigo when he shows signs of having been infected by the evil spirit.

Longer version:
After young Lucas (Jeremy T. Thomas) is released from the hospital, at the same time that the mangled remains of Lucas’s bully, Clint (Cody Davis), have been discovered, Julia breaks the news to Lucas that his father Frank (Scott Haze) is dead -in reality, the charred carcass of Frank the police found was the result of a full-blown Wendigo bursting out of him- and his brother Aiden is missing. Lucas tells Julia that Aiden is down in the mine and “Frank wants to come for him and take him, so they can all be together”.

Both Paul and his deputy Dan (Rory Cochrane) go to the mine to investigate and they find Aiden, who is now having the same sickly aspect Frank acquired prior to his definitive transformation into the Wendigo. Frank ambushes them both, kills Dan and severely injures Paul; meanwhile, Julia and Lucas, who were following behind, first hide from Frank, but, then, Lucas runs into the core of the mine and Julia helps Paul.

When they find the boys, they notice that Aiden is looking even less human than before, Lucas is just awed by the horrifying sight and Frank appears as a full-blown Wendigo, devouring an animal. Remembering what Warren Stokes (Graham Greene) told them before, that a Wendigo can only be killed when it is feeding, Julia engages in a fight with the monstrous Frank and defeats him, gouges his fiery heart out of his body and destroys it, finally killing the beast.

Unfortunately, the spirit of the Wendigo, upon abandoning Frank, possesses Aiden. Julia makes the sad choice of sacrificing the boy to spare him from the pain of that monstrous existence, but makes Lucas turn away so he wouldn’t go through the further trauma of watching the death of his baby brother. She sorrowfully approaches the boy, pretends to hug him and stabs him to death, apparently ending the curse.

Later, Lucas is seen under the watchful care of Julia and Paul; she wants to keep him for a while until his later fate is decided, while Paul shows concern that the kid might end up turning into a Wendigo. They share a brief moment together by a lake and decide to go home. Suddenly, Paul starts coughing as Julia and Lucas walk away and he says he’ll catch up with them in a little while. The movie ends as Paul’s coughing grows stronger and he notices he is spewing the same black goo as Frank, much earlier, which hints that he might have been infected by Frank’s attack and could become the next Wendigo. 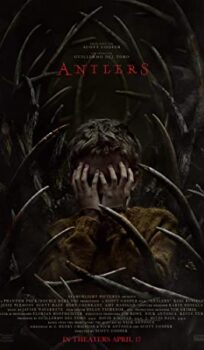