Robert Miller (Richard Gere) proves that Detective Bryer (Tim Roth) doctored the photo that supposedly proved that Jimmy (Nate Parker) took the toll road to pick up Miller on the night of the car crash that killed Julie. The case against Jimmy is thrown out of court. Without Jimmy’s testimony, there is no real evidence that Miller was driving the car, and he cannot be arrested or prosecuted.

Miller manages to sell his company for a hefty profit. He is able to pay back the $400 million loan he took out, and he thinks all is well.

However, Miller’s daughter Brooke has figured out that he committed fraud to complete the sale, and has lost all respect for him. Worse still, Miller’s wife Ellen (Susan Sarandon) has figured out that he was responsible for Julie’s death, and decides to blackmail him. She demands a divorce, and presents Miller with a divorce agreement that will give all of his money to her charitable organization, leaving him with nothing. If he does not agree, she will tell not give him an alibi for the night of Julie’s death.

Miller angrily refuses to sign this deal, but he knows he may have absolutely no choice but to do so. As the movie ends, Miller is the guest of honor at a fundraiser for cancer research. His daughter, who now hates him, gives him warm, flattering introduction, and his wife, who also hatres him, pretends to applaud. Miller can bask briefly in the admiration of high society, but he has lost his family, and will probably soon lose all his money.  . 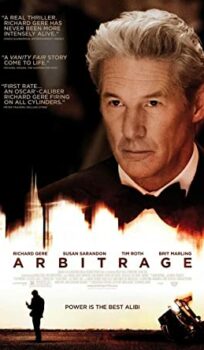