Arthur postpones his unwanted wedding to Susan when his butler and best friend Hobson falls ill. Before he dies, Hobson advises him to follow his heart and marry Linda (his true love) despite the threat of him losing his inheritance if he does so.

On the rescheduled wedding day, Arthur and Linda reveal their intentions to Susan and her dad, and the easily enraged man almost kills them both – only stopped by Arthur’s grandmother who won’t have any of this!

As it turns out, she won’t have Arthur working for a living either (as he now intends to), so she assures him that he will not be cut off from his inheritance if he marries Linda, leaving them free to wed. 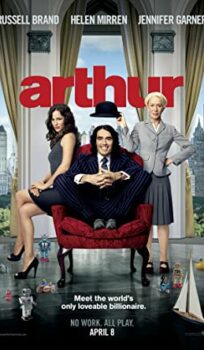