Ed Wallis (Nat Wolff) has moved to a new city with his mother June (Sarah Silverman). A nerd, Ed strives to make the football team and prove to his classmates that he is more than just a smart kid. In need of a interview subject for a school paper, he settles on Ashby (Mickey Rourke), his next door neighbor. Ashby takes a shine to Ed, teaching him how to take a beating in football and life, as well as how to woo his crush Eloise (Emma Roberts).

However, Ed soon learns Ashby is an ex-CIA assassin, haunted by the things he did for his country. Facing a terminal illness, Ashby strives to right his greatest wrong; the murder of an innocent man, ordered by his bosses so they could build a shopping mall and reap in the profits. Ashby kills two of the men but spares Entwhistle (Michael Lerner) after Ed pleads for him not to kill him.

Despite being spared, Entwhistle sees Ashby as a threat and sends two assassins after him.  Ashby goes quietly with no resistance (as he will die within a few weeks anyway) and is executed in a secluded forest. Ed sees a note left to him by Ashby, leaving his car to Ed and instructing Ed to turn over all other assets to the family of the man he killed. As Ashby is laid to rest next to his family, he narrates to Ed telling him to find someone to love and never take them for granted. Ashby ends his note with saying Ed should not be afraid of the world; rather the world should be afraid of him, given his good character and drive to succeed. 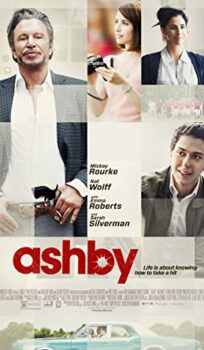