Kia is a succubus, whose “job” is to lure evil souls to death in a state of mortal sin, so they go to hell.  She tells Amael, her “boss” succubus, that there is no challenge or enjoyment in this work.  Kia wants to prover herself by luring a good virtuous man.  Kia chooses Marc (William Shatner), a wounded veteran, who was injured rescuing other soldiers.  Marc lives with his sister Arndis in an isolated farmhouse.

Kia tries to seduce him to sin with her.  He instead takes her to a church to propose holy love within marriage.  Kia flees.  Amael tells Kia that Kia has been tainted by virtuous love.  Kia can no longer serve satan, until Marc has been destroyed.  They summon the incubus to destroy Marc.s

The incubus abducts Marc’s sister and rapes her.  When the incubus returns her to the home, Marc and the incubus battle.  Amael instructs the incubus to let Marc kill him, so Marc will have committed murder, a mortal sin.   Marc surprises them by returning to the church, rather than despairing.  Kia tries to follow him into the church, but she is blocked by the incubus (who could not really die).  Kia fights the incubus, and proclaims that she now belongs to the God of Light.  Kia breaks free and enters the church with Marc.  The incubus can not enter. 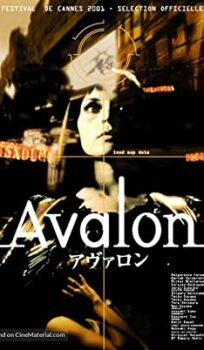