Clay (Hayden Christensen) was being the victim of a vicious plot against his life, concocted by his alleged friend, Dr. Jack Harper (Terrence Howard), and in which also Dr. Puttnam (Fisher Stevens), nurse Penny (Georgina Chapman), and Clay’s wife, Sam (Jessica Alba), were taking part.  The goal was to change his weak heart for a heart that had been injected with a substance that would cause it to fail, and then he would die within an hour from the surgery’s conclusion; this, for the purpose of bilk him out of his money, be able to reach some agreement in case of a lawsuit for malpractice -it is to be noted that Harper had three previous cases of malpractice lawsuit upon himself-, and so that Sam could pay her way through school to become a nurse, upon inheritance as a widower.  Dr. Lupin (Christopher McDonald), however, was not a part of the plan, but being used instead as an accesory to justify the “failure” of the surgery.

Depicted in a surrealist way, we see Clay “disembody” himself; that is, during his state of anesthetical awareness, and after hearing everyone around him talking about the plot’s details, he gets up in spirit and runs about, trying to put the pieces together of what is exactly happening to him.  Through this resource, and a series of flashbacks, everything gets disclosed.

Lilith (Lena Olin), who distrusted Sam from the very beginning, and resented Clay’s marriage to her, catches a series of key details in Sam’s behaviour while awaiting for the surgery’s outcome; when she is told that Clay didn’t make it, she breaks down, and moments later, her trusted friend -and the one she wanted to operate Clay-, Dr. Neyer (Arliss Howard), comes to the Hospital and finds her dead, while holding an empty bottle of pills from Clay’s medication.  It looks like she killed herself.

But here’s a catch: Clay was physically -BUT NOT CLINICALLY- dead, because he was being kept alive by machines, while a decision was made whether to try giving him a new heart or not; Dr. Lupin informed Lilith of this before she died.  So, while Harper, Puttnam and Sam are already relishing on their scheme, in comes Dr. Neyer, announcing that he would operate on Clay to give him his mother’s heart.  This shocks the group of conspirators.

When Sam sees the plan has fallen apart, she tries to break her involvement by telling Harper that no one but him would be to blame, since he was the surgeon, and “he had injected the transplanted heart with the poisonous substance”.  WROOOONG!!  It was actually HER who did it; and he had kept the used syringe with her fingerprints, so she had no way out.

Through another set of flashbacks we come to discover that Lilith had called Neyer, explaining what she had figured out, and obviously to inform him of her decision and what he should do.  The Police was now also at the hospital, and, when Sam, Puttnam and Penny try to escape, they all get caught and arrested; Harper is shown one last time locked inside his office, regretting his actions, while the cops try to break through the door.

A final flashback shows that Clay’s dad (Sam Robards) did not die suddenly of heart failure; his mother actually killed him, because he was an abusive drug addict.  She had just tried to protect her son from that painful memory.

In the end, we see the new operation performed by Dr. Neyer concludes succesfully, and Clay finally awakes, alive and well. 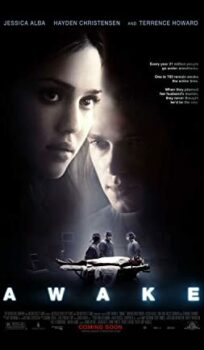