Peter Bower (Adrien Brody) didn’t cause the train accident when he was a teenager. His father did.

William Bower (George Shevtsov) kidnapped, raped, and murdered Elizabeth Valentine, the girl Peter kept seeing. Peter witnessed his father strangling Elizabeth. In her struggle to live, Elizabeth accidentally pulled the lever that switched the train tracks, causing the derailment that killed 47 people. William then put her body in the wreckage.

Barbara Henning (Robin McLeavy), a cop whose mother was killed on the train, confronts William but he knocks her out. Peter confronts his father and after a struggle is knocked out as well. William drives them in Henning’s police car, ostensibly to kill them both. However, the ghost of Elizabeth causes him to crash on the tracks. Peter is thrown from the car, while William is locked in by Elizabeth’s spirit. As a train arrives, Peter tries to shoot out a window to free his father, also getting the trunk to open where Henning has been placed. The ghost of Elizabeth keeps William trapped in the car, while Peter pushes Henning off the tracks just before the train hits the car, killing William. Peter sees the tranquil spirit of Elizabeth walk off, finally at peace.

On the beach with his wife, he feels the spirit of his daughter, Evie, kiss his forehead and go out to the water. His wife Carol asks what he is thinking about. Peter replies, “kids” inferring he is ready to move forward from Evie’s tragic death and possibly have another child. 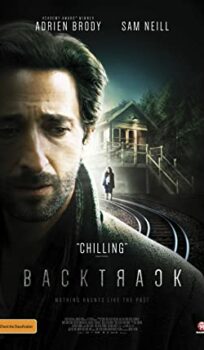