Nelson Crowe (Laurence Fishburne) is a deep cover CIA agent that is building a case against the corporate spy firm The Toolshed run by Vic Grimes (Frank Langella) and Margaret Wells (Ellen Barkin). They bribe Judge Beach (David Odgen Stiers) to rule their way for a million dollars.

Judge Beach gives the million to the mistress he loves, Julia Ames (Gia Cairdes), rules the opposite way, and kills himself.

Later, Margaret and Nelson kill Vic and make it look like another crime in order to take over the company .

The CIA handlers bust Margaret and tell her they are taking over but they want Nelson gone. Margaret goes to Nelson’s apartment to kill Nelson at the same time as Julia does. Julia is out to kill Nelson since she blames him for Beach’s suicide, but when she learns Margaret was really in charge, changes her mind and turns on her instead. She fires but closes her eyes not looking at what she is firing at, missing completely. Margaret and Nelson shoot at each other and wind up killing one another. Julia finds Nelson’s notes about the operation, and sends them to the Attorney General to expose his handler’s corruption.

Julia disappears with the money. 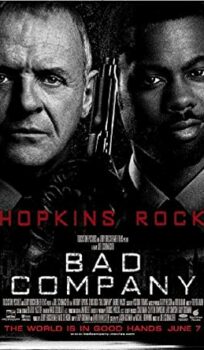