POOPER
Despite the threat from Frank that publishing her story would affect her future, Rachel publishes it anyway, and the fallout is immediate. Pam, Jenny, and Phil are all arrested for embezzlement and the coverup, and later Frank is too after Pam turns over evidence implicating him. Frank is tried and found guilty of embezzling $2.2 million and is sentenced to 4-12 years in prison. Pam is also found guilty of embezzling $4.3 million and is only sentenced to 3-9 years in prison because she testified against Frank. Both also lose their education license, so they can never again work for a school in any capacity. The next year, Rachel is promoted to Student Editor at her school newspaper.

LONG VERSION
Dr. Frank Tassone (Hugh Jackman) is the superintendent of the Roslyn Union Free School District on Long Island. He and his assistant Pam Gluckin (Allison Janney) have, over the course of several years, made huge improvements to the district, and Roslyn High School is now the #4 ranked public school in the country, but Frank wants it to be #1. Because of the great school district, the community has a thriving economy and high home values, much to the pleasure of School Board President Bob Spicer (Ray Romano), who is also a real estate agent. While attending an education conference in Las Vegas, Frank meets a former student of his, Kyle Contreras, and they quickly begin an affair.

One of the improvements Frank and Pam are planning is for a skywalk to be built at the high school, and Junior-year student reporter Rachel Bhargava (Geraldine Viswanathan) is assigned to write an article about it for the school newspaper. While interviewing Frank about the project, she tells him that the article is going to be nothing more than a “puff piece”, but Frank encourages her to write the story like a top journalist would. She begins to investigate the skywalk, and soon discovers financial discrepancies involving the district’s expenses. We learn that Pam has been using her district business credit card for personal use, and has also allowed members of her family to use it as well, including her niece Jenny, who works at the high school as a clerk. Her stepson Jim is also using the card to purchase thousands of dollars worth of construction material at a hardware store for a renovation project at Pam’s house. The large purchase gets the attention of Larry, one of the employees there, and he mentions it to his cousin Bob, the School Board President.

Realizing that she’s embezzling from the school district, Bob and the School Board confront Pam about it, and they soon learn from their district auditor, Phil Metzger, that she has stolen at least $250,000. They want to call in the police, but Frank talks them out of it, saying that a scandal would damage the reputation of the district and possibly the community. They finally agree to not press charges against Pam, but as part of the deal they make with her, she must pay restitution and resign from her job immediately. They will announce her departure as a sudden retirement due to health issues. They also take her education license away, so she can never again work for a school in any capacity. Later, Frank makes Phil falsify the books to cover up the embezzlement, and after he does so, he is rewarded with a promotion to replace Pam as Frank’s new assistant. He also transfers Jenny to a less visible job at the school, and threatens her with revealing her role in the embezzlement if she were to try to implicate him in any way.

Meanwhile, Rachel is continuing her investigation, and is finding signs of embezzlement that go back several years. She brings the evidence to her student editor, but he is reluctant to publish it, because he fears that his collegiate future could be jeopardized. Despite the setback, Rachel is encouraged by her father to continue investigating. Later, she finds an expense of over $800,000 to a company called Wordpower Tech. She traces it to an address in Manhattan, and she goes there, only to discover it’s an apartment, and the person who lives there is named Tom Tuggiero. As she is leaving, Frank comes to the apartment and sees her. At this time, we learn that Tom is Frank’s longtime companion/husband of over 30 years, and Wordpower Tech is a shell company they set up. Tom asks Frank about the conference he just attended in Omaha, but in reality, Frank was in Las Vegas to see Kyle, whom he just bought a house for.

The next morning, Frank meets with Rachel, and he makes her tell him what she is writing about. He explains to her that publishing that story would potentially be harmful for her future, as well as that of the school district. Later that day, Phil talks to Frank about something he recently found while investigating how much Pam actually embezzled. He’s uncovered several suspect purchases Frank has made, including one for first-class plane tickets to London, for him and Kyle. Frank tells Phil that if he says anything about it, he’ll say that Phil was the mastermind of the embezzlement, not Pam, and he came up with the idea for the coverup. Phil agrees to keep quiet and he’ll forget he saw anything. Back at her home, Rachel is talking to her father about what to do. He reminds her that he worked for a firm that had an insider trading scandal years ago. Even though he wasn’t involved in it, he was aware of it and said nothing, and still regrets it to this day. After hearing that, Rachel finishes her article and turns it in to be published.

Rachel’s article is the lead story in the next issue of the student newspaper, and the fallout from it is immediate. Bob confronts Frank, and Frank says that everything he did was to benefit the district and the community. He also begs Bob not to publicly acknowledge the embezzlement until after the Board votes on next year’s school budget, which would include the skywalk, but Bob reports it to the authorities anyway. Pam, Jenny, and Phil are all arrested for their parts in the embezzlement and coverup, and Pam is told by the lead detective that there is evidence that would allow them to arrest her entire family. She agrees to turn over evidence to save them, and it points to Frank being the mastermind. He used district funds for several personal items, including houses, cars, vacations, and even plastic surgery, all dating back to when he first starting working for Roslyn. He also knew that others were embezzling as well and helped cover it up to protect his embezzlement scheme. Tom is also questioned by the detective, but he says that he won’t testify against his husband. But after the detective tells him about Frank’s house purchase for Kyle, Tom changes his mind. Before Frank can be arrested, he abruptly quits his job and goes to Las Vegas with $30,000 to be with Kyle. The police soon catch up to Frank, and he tells Kyle to keep the $30,000.

Back in New York, Frank goes to trial for embezzlement, and the entire community is at the courthouse. He is found guilty of embezzling $2.2 million and is sentenced to 4-12 years in prison, and his education license was stripped from him, just like Pam. Title cards at the end of the movie reveal that Pam was also found guilty for embezzling $4.3 million, but due to her testimony, she is only sentenced to 3-9 years in prison. In total, over $11 million was embezzled from the Roslyn Union Free School District by everyone involved. The next year, Rachel, now a Senior at Roslyn, is promoted to Student Editor of the school newspaper. Finally, due to an oversight by the New York State Pension Board, Frank is allowed to keep his annual pension of nearly $175,000 per year. 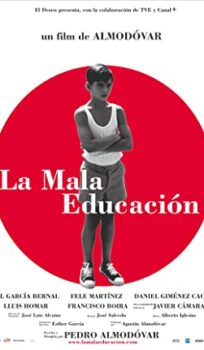