Henry Wiggen (Michael Moriarty) is the star pitcher for the New York Mammoths baseball team.  Bruce Pearson (Robert de Niro), the backup catcher, is too stupid to even play a joke on.  The other players ridicule and mistreat Pearson, ragging on him endlessly.

Wiggen learns that Pearson has just been diagnosed with cancer, and has less than a year to live.  Wiggen decides to do everything he can to make Pearson happy in the little time left.  At first, the coaches and other players are suspicious and wonder what is going on between Wiggen and Pearson.  One by one, they learn that Pearson is dying.  They each begin to treat him kindly.  As the team draws together around Pearson, they become closer and friendlier to each other, and begin to play together much better.

Some of the best scenes in the movie are where Wiggen teaches Pearson to play the card game TEGWAR (for The Exciting Game Without Any Rules).  This is a game that the players use to get money off the gamblers and others who hang around the team.

Pearson becomes too sick to continue and goes home at the start of the playoffs.  In a final voiceover, Wiggen reveals that the team went on to win the World Series.  Pearson died in the offseason.  Wiggen is upset that no one else from the team even came to the funeral.  Wiggen realizes that everyone is dying, just some faster than others.

The final words are his resolution, “From now on, I rag no one.” 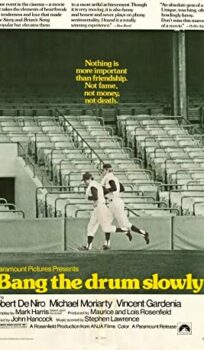