Joe’s (Nicolas Cage) fourth target is popular politician that Kong (Shahkrit Yamnarm) had told him is a “good man.” Joe decides not to kill the man as he doesn’t want to live the life anymore.

Surat (Nirattisai Kaljaruek) fearful of Joe’s knowledge of him and the fallout of being potentially connected to assassinating a politician kidnaps Kong using his girlfriend Aom (Panward Hemmanee) as leverage to tell him where Joe is.

Joe is going to leave the country when Surat;s killers come to get him. He dispatches them and decides to save Kong. First though, he goes to see Fon (Charlie Young) and make peace with her, as he may never see her again.

Joe goes to the factory and starts dispatching Surat’s security, getting wounded in the process. He saves Kong and Aom and gives them a path to escape. Finding Surat trying to escape in a car, he kills his guards and sits in the car next to him holding a gun. Realizing that he is surrounded by police, his wound is most likely fatal, and that he will never see Fon again, Joe decides to sacrifice himself, putting a bullet in his head in a way that it will kill Surrat too. Kong from a distance, can only look on in shock and sadness.

The last shot is Kong standing by a river, looking melancholy. It is implied that despite what he thinks of Joe and being thankful for what he taught him, he has been persuaded to not pursue a life of killing and will find a more peaceful existence for him and Aom. 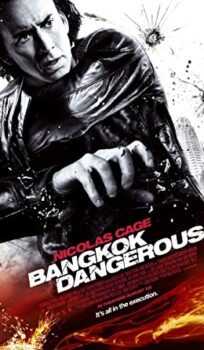