After marrying Lady Lyndon (Marisa Berenson), Redmond Barry (Ryan O’Neal) squanders much of her fortune and alienates countless important people, in his vain attempts to obtain a royal title.

The only person Barry truly seems to love, his young son Brian, is killed in a horse riding accident. After that, Lady Lyndon becomes depressed and suicidal.

Lady Lyndon’s oldest son, Lord Bullingdon, is infuriated by Barry’s behavior and challenges him to a duel with pistols. Bullingdon is given the first shot, but his pistol misfires. Barry fires his own pistol into the air, hoping Bullingdon’s honor will be satisfied. Instead, Bullingdon shoots Barry in the leg.

Barry is severely wounded, and his leg must be amputated. Bullingdon takes control of his familial estate, and evicts both Barry and Barry’s mother, giving them a small stipend to live on. Barry attempts to become a high stakes gambler again, but does not succeed.

The movie’s epilogue reads: It was in the reign of King George III that the aforesaid personages lived and quarreled; good or bad, handsome or ugly, rich or poor, they are all equal now. 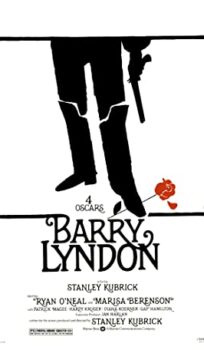