The Beast comes to love Belle so much that he lets her leave his castle (with his magic mirror) to attend to her ailing father Maurice, even though this would seem to doom him and his servants to the curse that only her love can break.

Belle tends to Maurice only to find that Gaston has bribed a lunatic asylum’s keeper to lock Maurice up, ostensibly due to his ravings about a beast in a castle, but really so Gaston can blackmail Belle into marrying him.

To save her father, Belle shows the villagers the Beast with the mirror. Enraged that Belle cares more for the Beast than she ever will for him, Gaston encourages the fearful crowd to attack the castle and kill the Beast. Locking Belle and Maurice in a cellar, he leads the mob away, but Chip (the teacup) had stowed away with Belle, and he uses Maurice’s wood-chopping machine to rescue them.

At the castle, the other Enchanted Objects fight the mob back, but Gaston finds and begins to brutally attack the Beast, who’s lost his will to live – until he hears Belle crying out far below. He fights back but ultimately spares Gaston’s life.

Just as Beast and Belle are reunited, Gaston mortally wounds him and falls to his death when the Beast rears in pain. Belle finally admits her love for the dying Beast just before the last rose petal falls – and having thus broken the curse, the Beast is restored to a healthy, human prince, and all the Objects to their human (or animal, in the case of the Footstool) selves as well, to all live happily ever after. 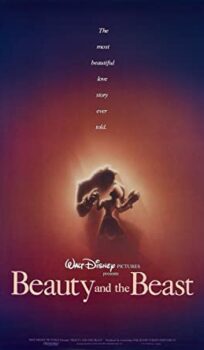