Jane and Tom, unable to marry publicly because of his uncle’s (upon whom Tom is dependent for income) disapproval, start to run away together. However, Jane finds a note from his parents and realizes that Tom is supporting his large family all on his own. Unwilling to be the cause of their financial destruction, Jane returns home.

Tom marries shortly thereafter. Jane turns down the proposal of the wealthy Wisley and decides to support herself through writing. Years later they meet again and he introduces his daughter, Jane, who is an avid fan of Ms. Austen’s books. Though she publishes anonymously she is well known, and for the sake of Tom’s daughter she gives a rare reading from “Pride and Prejudice”. 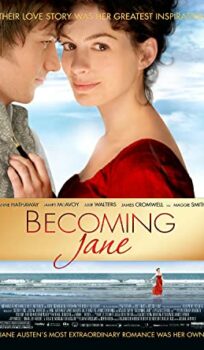