Bok-nam finally snaps after the death of her daughter and her years of abuse by the islanders. She kills all of the elderly women of the island who had been complicit in her abuse. She chases the elderly patriarch off a cliff and decapitates Man-Jong’s brother. After breaking free from her husband Bok-nam hacks him to death. Hae-won escapes the island but the boat captain is killed by Bok-nam.

Another boat arrives and it’s Bok-nam, in posession of Hae-won’s belongings and clothes, leaving for Seoul. Hae-won has been kept in a prison, presumably after she reported what happened on the island. She has a dream where it’s revealed she did witness the death of Bok-sam’s daughter despite saying to the police officer earlier that she was asleep. When Hae-won wakes up she is in a room with Bok-nam who has killed the police officer. Hae-won locks herself in a cell. Whilst Bok-nam attempts to unlock it, she is shot twice by the still alive police officer, who she finally kills with the slegehammer. As she enters the cell, Hae-won stabs her in the throat with the mouth piece of her recorder that Bok-nam handed her earlier.

Back in Seoul, Hae-won goes to the police station and identifies the thugs she saw assault the girl at the start of the film, but was too scared to accuse. She returns to her appartment and reads the letters she threw in the bin before her trip, two are from Bok-nam asking her to help her.

(Also at the end, we see the mute old man who Bok-nam spared, seemingly dying of either neglect or old age) 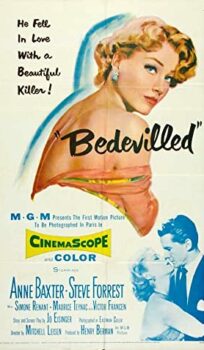