The two surviving SEALS, Lt. Robert James (Nicholas Gonzalez) and MCPO Neil Callagahan (Matt Brussell), along with South Korea allies lead by Col. Chung (Hyun Joo Shin) get to the missile site to disarm the weapon before the joint military strike can begin on North Korea.  They are almost caught again when the sympathetic North Korean officer James met earlier intervenes.  He tells James to finish the job as it is too dangerous for North Korea to have the weapon, and not all North Koreans are simple minded fools.

James, Callagahan, and Chung survive and leave the site as the missile blows.  They are picked up by their team soon after.  President Manning (Peter Coyote) relieves General Vance (Bruce McGill) of his command as his lust for war nearly brought the world into chaos.  President Manning also awards James with a Distinguished War Cross with his mentor MCPO Scott Boytano (Keith David) in attendance.  Callagahan is court martialed for disobeying direct orders and is given 11 years in prison, but due to his part in averting war (and some implied strings pulled by the President) he is let go on time served and is reunited with his wife and his newborn daughter. 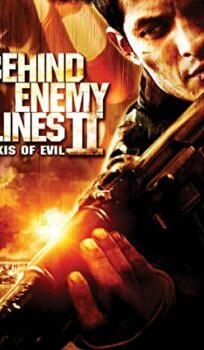